A Movie Called “How To Bee”

Last night my husband and I went on an adventure to see a movie called HOW TO BEE. I am not one to really leave my house willingly in winter, but I very much wanted to see this movie so, I checked out the long range weather forecast and found it favorable. Jumping online I ordered two tickets. My family and friends were shocked that I was willingly leaving my house in the winter. The viewing was at night and the drive was over an hour. I wanted to see the Demand Viewing of a man’s legacy as he passes his knowledge on his daughter about raising bees.

Not A Bee Keeper

Although I find the work of bee’s interesting and promote the non-use of pesticides, I am not, nor will I ever be a bee keeper. I have no desire to host bee’s in my small suburban backyard. This movie was the legacy of a man who was living and dying of COPD. It is the first time, to my knowledge, that COPD has been talked about openly and this documentary was a first of its kind.

A Preview of HOW TO BEE

The Premise of This Movie Called How To Bee

Naomi Mark, directs the film after discovering that her parents have been keeping her fathers illness a secret for over 10 years. As she comes home from Vancouver for a short visit, her father is entering stage 4 COPD. I found the movie was raw and real and I was terrified for Don Mark as his daughter Naomi told his story. Naomi wanted to bond with her father and learn something from him and about his legacy with the bee’s. The last three years of his life unfolded in front of my very eyes.

The first year finds Don somewhat stable although already on supplemental oxygen. While still participating in life, without too much trouble, he is dragging canisters of 02 around. He can still drive his truck and participate in setting up the hives and maintaining the bees. As the first year turns into the second year he becomes more dependent introducing his walker and leaning on supports, merely to hold him upright. As the second year turns into the third year he is immobile and stays in the car while giving his daughter instructions on how to maintain the precious bees. He spends a great deal of time doing sedentary tasks like organizing computer generated pictures. Although he goes on a respite for a small hiatus, he does not exercise.

It wasn’t lost on me that this night was the 4th anniversary of my first Sudden Cardiac Arrest. On this night 4 years ago, my kids found me dead on the floor of my kitchen floor. Paramedics were called and it was touch and go through that long long night. I was in an induced coma for 5 days and woke in ICU, surrounded by my loving family. Spending the next month regaining my strength, I then entered a Respiratory Rehab Program where I would stay for more than 6 months of reconditioning. Upon my release and return to work, I would suffer my second Sudden Cardiac Arrest. This time I was scared, really scared. It was also wasn’t lost on me that I was feeling better tonight, than I had since I was diagnosed with COPD.

Living in Canada’s Yukon and North West Territories makes life tough. Summers only last for a mere two months from late June to early September.. Deep, cold snow with  blizzard conditions fill the rest of the year. It isn’t an easy life for those that choose to live there. I can’t help thinking that Don Mark would have had an easier time had he not lived in such a rural setting. 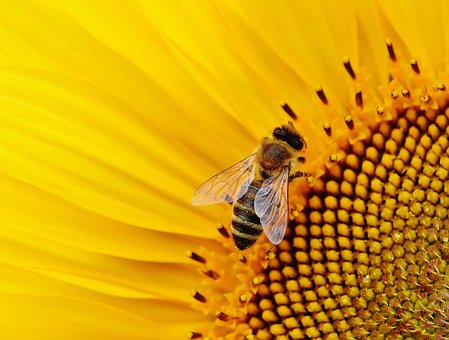 My Spouses Response to How to Bee

As the movie ended, my husband and I sat in silence. We were drinking in the essence of what we had just seen. We did not discuss the movie on the way home. The next day I asked him for his opinion on the movie. He responds that it was upsetting to see the 3 years of a COPDer pass before his very eyes, knowing, I guess, that that would be my fate. He really enjoyed the Bee Keeping part but he could do without the COPD part. But the two could not be separated, they were one and the same.

My Assumption on How To Bee

I assume it is hard for our families to see the reality of our fate play out before their eyes. We are not conditioned to it yet. We can watch a movie about a person dying of cancer and say, “Oh, that was a sad move.” However, cancer is well known and COPD isn’t. So I guess that the public is being desensitized with each viewing. Perhaps in the near future when enough is said about COPD and it becomes public knowledge, our reaction won’t be so dramatic.